To America in Style 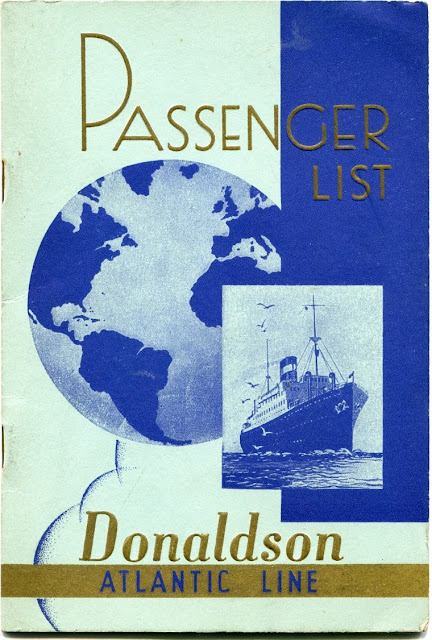 For the 1938 British America Cup and Seawanhaka Cup races the Thom family crossed the Atlantic in style, aboard the TSS Letitia. There were only seventeen cabin passengers, including Herbert Thom, his mother Susannah and his son John. A little before their departure in early September Herbert's new six-metre yacht Circe had been craned aboard the Anchor Line's California at Yorkhill Quay. The whole excursion would have cost Herbert about £1,500, massive expenditure for one private individual on a very speculative adventure in international sport.
Letitia was part of the Anchor-Donaldson fleet and had been built at Fairfields in 1924, a replacement for the first Letitia, which had been wrecked in 1917. Driven by  six Brown-Curtis-Fairfield turbines  geared to drive twin screws she had a maximum speed of sixteen knots. 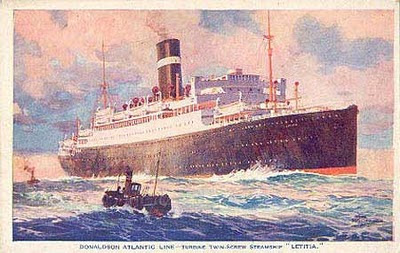 By 1938 Herbert Thom, in common with most people, was convinced that war was inevitable and I would guess that he decided to enjoy what was left of probably the last summer of peace. Letitia had an absolutely massive capacity of 516 cabin class and 1023 third class passengers served by 300 crew, so she seems to have been practically empty for the trip.

A couple of delights have survived from this trip. Captain Baillie clearly had great artistic ability and perhaps time on his hands, for he produced this delightful water colour for Herbert's mother. 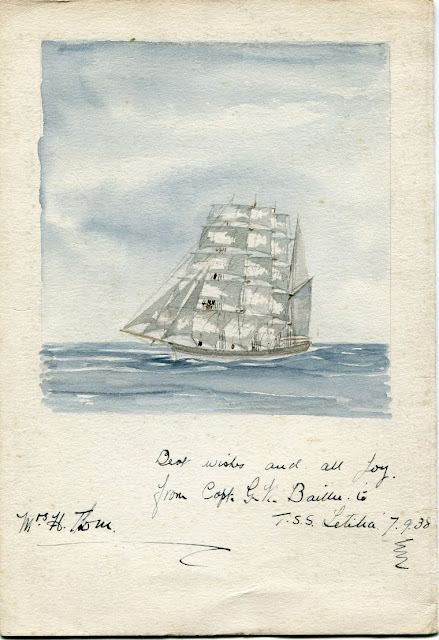 I have written up the story of the races in Oyster Bay on my other blog, here. After some frustrating disappointments in the British America races, when the British team didn't get to grips with the technicalities of team racing, Herbert Thom and his crew went on to capture the Seawanhaka Cup and bring it to Scotland.  For the Cup races he had the pick of all the British sailors, who look an interesting bunch. 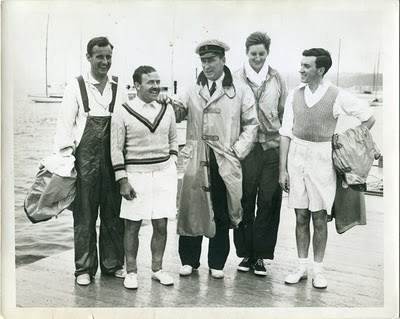 The team are, from left to right, Sandy Baird, William MacAusland, Herbert Thom,  Murray Maclehose and John Thom. In later life Sandy went on to become the Harbourmaster at Bermuda, Murray, a student at Baliol when the picture was taken, went into the diplomatic service and ended up as the Governor of Hong Kong and John survived an extremely dangerous and distinguished career in the Royal Navy and then joined the family firm. So far I have been unable to trace what happened to William.

The subsequent history of TSS Letitia was incredbly complex and can be read here: TSS Letitia history

She survived numerous collisions, strandings and other escapades and went through reincarnations as the Empire Brent and finally Captain Cook, serving as an armed merchant cruiser, a troop ship, a hospital ship and finally an emigrant ship taking Scots on the famous assisted passages to Australia. 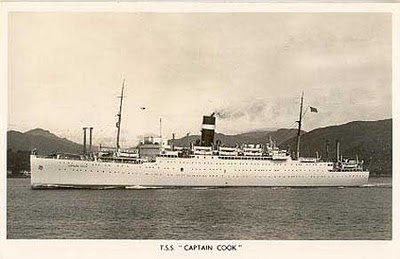 Throughout she was managed from Glasgow and her crew, recruited there, eventually earned themselves quite a reputation. She was broken up at Inverkeithing in 1960. 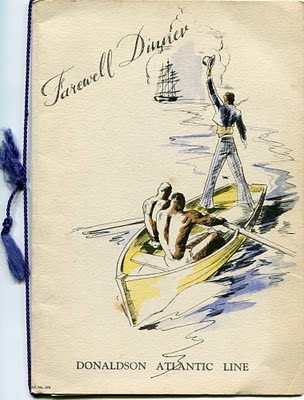