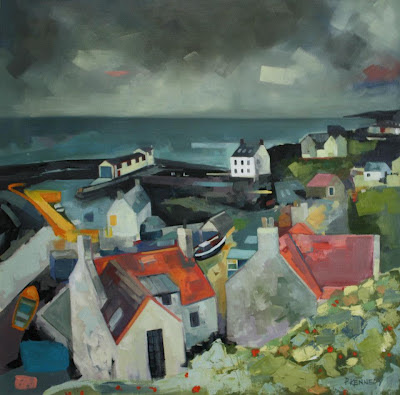 Eight years after leaving Edinburgh College of Art Paul Kennedy is now well established in his studio in Glasgow's Merchant City. To date much of his work has been inspired by the city, depicting a narrative between the people and their surroundings. 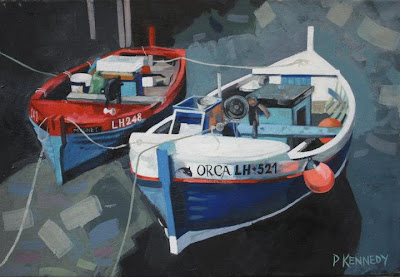 For the new work in his latest exhibition Paul has revisited St Abbs, a favourite holiday haunt of his family for generations, not only on trips finding new images but remembering those from his own childhood and also reconstructing and imagining a few scenes from the past caught in his Grandparents old black and white snapshots. 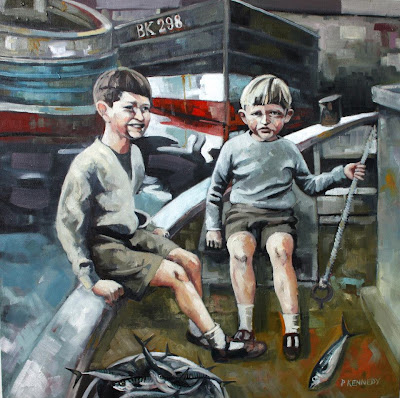 A recent change of emphasis from mainly figurative work to expressive painting has given him greater freedom to explore his use of colour. The old images being black and white allow him an unconstrained palette. 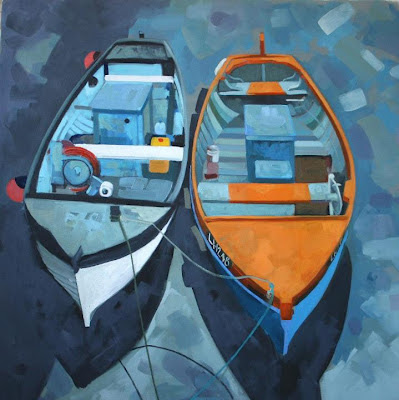 'Everything has its own story. I like the idea of bringing history into my painting in more ways than one. For me this exhibition is the start of a new direction, a discovery of something that has always been there and just brought to light not too unlike finding my Grans photo album'. 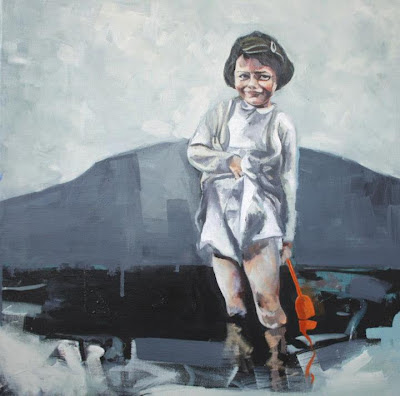 The exhibition is now on at the Billcliffe Gallery in Glasgow city centre. Paul can be contacted via facebook and his website is  www.paulkennedyart.com. 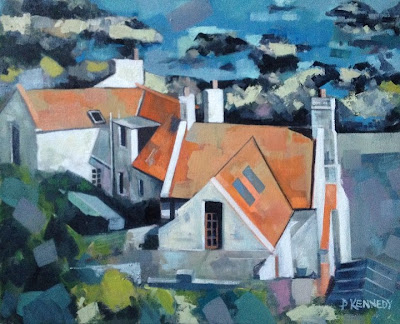