Wonder of the Modern World 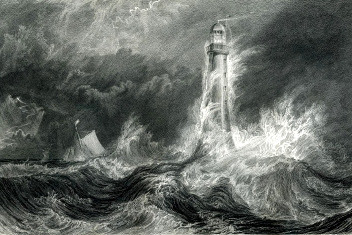 The Bell Rock Lighthouse is about 200 years old, depending on your choice of start date, an outstanding piece of engineering overseen by Messrs Stevenson and Rennie, the former of course the grandfather of RLS. The light has an interesting history and its own website, www.bellrock.org.uk

It's only appropriate in the modern world that she should have her own tartan too and today the Commissioners of Northern Lights have announced that they are adopting as their official tartan The Bell Rock 200th Anniversary, designed by the talented Steven Sim of Arbroath. 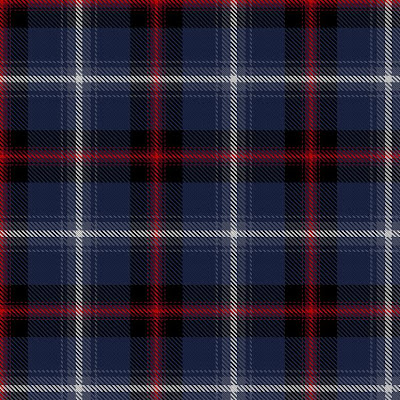 Until talking to Steven recently I hadn't understood just how intellectual tartan design actually is, with the patterns full of references. Here in his own words are some of the meanings buried in this one.

Over the years the finest artists have been attracted like moths to the Light. Methinks the skipper of the yacht in Mr Turner's effort at the top of this post should have been down to a trysail well before the storm got to this stage. There's also a wonderful image of the Light, but without the accompanying vessel, done by Scotland's very own Jolomo, which the Commissioners will even supply as a Christmas card.
Posted by Ewan at 10:09