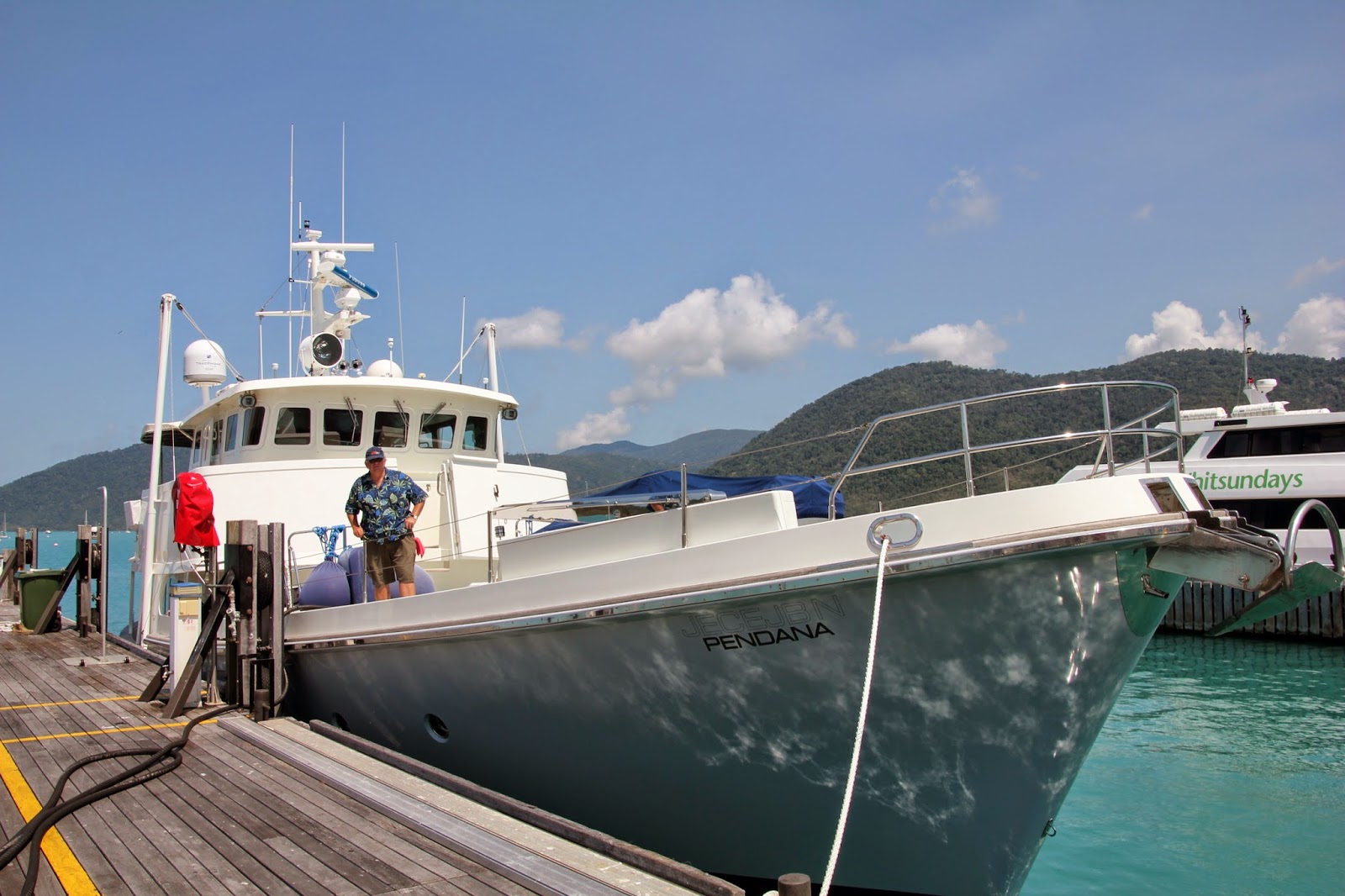 On arrival at Whitehaven Beach we were amazed at not only its length but also its shinning white sand.

That being said, at three plus nautical miles in length there is plenty of room for everyone and everyone can have their own little piece of paradise for the day, week, month or year!

Whitehaven Beach claims to have the whitest sands of any beach in the world and while a claim that is held to be true I am not sure that there aren’t many more beaches in the world with white sand (the very beautiful Hyams Beach on the south coast of New South Wales with its pristine white sand springs easily to mind, for example), after-all surely white is white? In fact, the sand at Whitehaven is not really sand but rather silica (quartz sand). Silica doesn’t retain heat which makes walking on it a pleasurable experience.

It is thought the incredibly fine silica sand on Whitehaven was brought to the beach via prevailing currents over millions of years as there is no silica present in any rocks which surround it.

During our time in the Whitsundays we decided to take on some fuel in preparation for our return trip. I can attest that Shute Harbour has the cheapest fuel on the Whitsundays being almost $1.00 per gallon / 26 cents per litre cheaper than the rather pricey Abel Point Marina.

After plenty of relaxing at anchor we decided to move once more and head for a place called Nara Inlet.

Nara Inlet is described as being like the Fiords in Norway and while I see some resemblance we were missing the snow-capped mountains. Nara Inlet on Hook Island in the Whitsundays boasts some very old Aboriginal cave paintings.

In the steep wooded hills around the inlet there are a number of 'caves', really rock overhangs, which show signs of Aboriginal habitation going back some eight thousand years and in one of these at the northern end of the inlet there are Aboriginal paintings. While there are locals who say these were painted as a hoax by early tourist operators, experts from the National Parks and Wildlife Service and the Office of Heritage and the Arts are satisfied they are genuine, though it is possible some touching-up has been done. In 1987 the National Parks and Wildlife Service erected a fence and boardwalk to protect this particular cave and the paintings as much from the local goat population as well as human interference.

Once anchored safely in Nara Inlet we decided that it was time to tender to the site where these cave painting were. As we motored towards the small beach which led to the caves we were in awe of the scenery we saw along the way, truly beautiful.

Once at the beach we secured our tender and headed up towards the steps which led to the cave. Once we had climbed the 44 million steps (well, that is what it felt like!) the art was very impressive and made the journey well worth it. With story boards and audio telling the story of the Ngaro people from long ago, we all felt as if we had stepped back in time.

Link above is a 360 degree of Pendana at Hamilton Island Marina.

After relaxing a little it was time to collect our electric buggy that we had leased for our stay. Basically, all of Hamilton Island is car free and other than the odd bus ferrying tourists around and/or council vehicles, the only other mode of transport is by foot or golf buggy and while I thought of these two alternatives seriously (for about a millisecond) I decided the buggy would be best!!

After we had spent enough time on Hamilton Island we decided to try our luck and head south for Shaw Island in the morning as we were all very keen to truly get away from it all after the high tourist numbers on Hamilton Island.

Shaw Island is well south of Hamilton Island and outside the area where hire yachts can travel so I for one was looking forward to a little less crowded anchorage. After a pleasant three hour run south we arrived at what was a truly magnificent island which was away from it all. 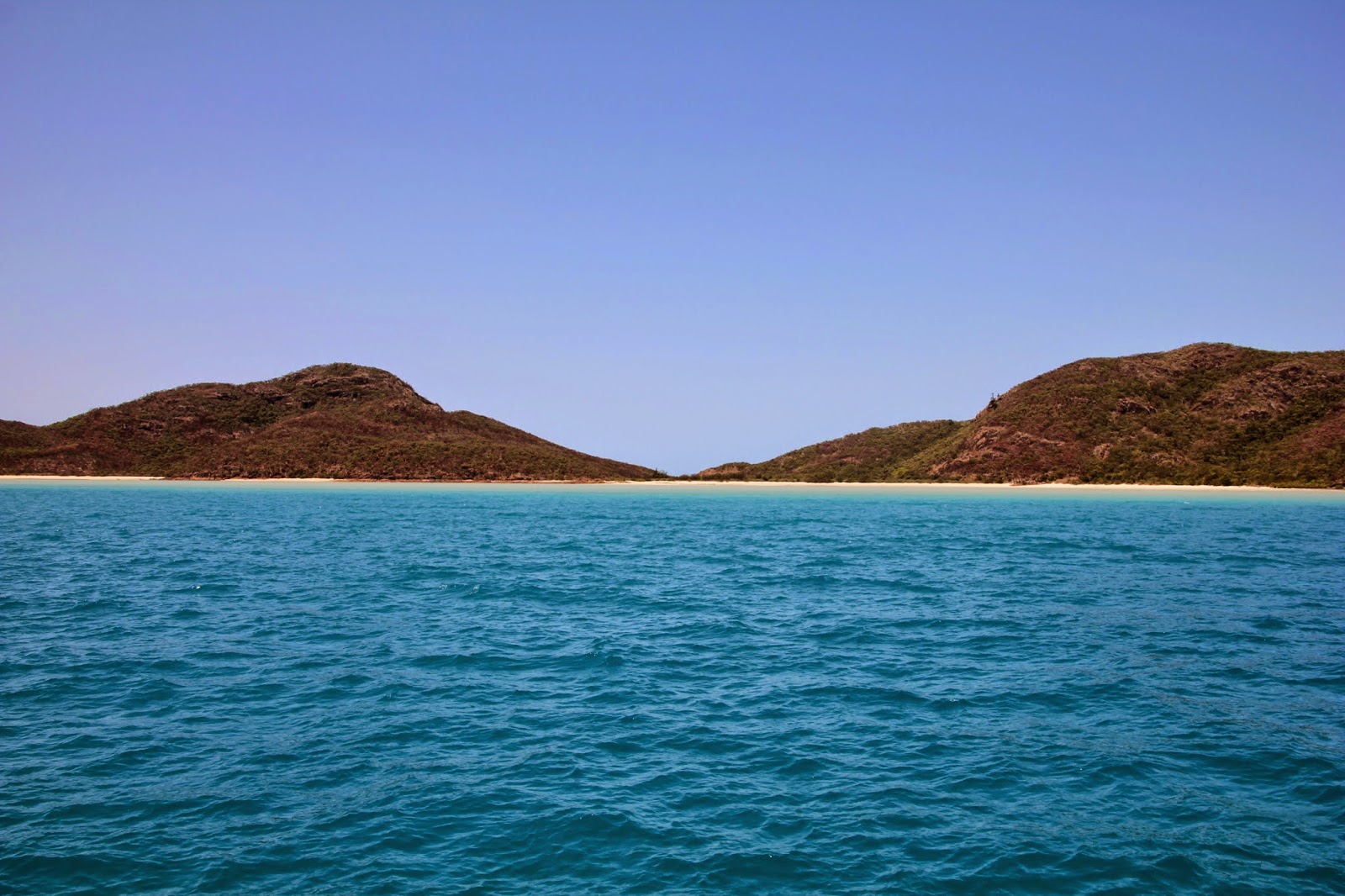 Shaw Island lies south of the famous Lindeman Island and is once again paradise on earth. Deserted beaches, fine white sand, calm crystal clear waters and a peacefulness that is hard to put into words. It reminded me of that lovely feeling I had as a child, wrapped up in bed all snug as a bug in a rug, listening the rain fall on our roof. The feeling of calm, safety and tranquillity was overwhelming and Shaw Island delivered in spades.

The beautiful Whitsundays is truly a place that all boaters should visit. It’s a remarkable place with words and photos only being able to convey a fraction of its beauty and sense of serenity. Pendana is now home in Sydney waters after a six month trip away, covering some 2,500nms/4,689klms or in other words the same distance as Sydney to Samoa, London to Nova Scotia (Canada) or New York to French Guiana (South America). I must say that the overall journey was a wonderful experience and one that we all enjoyed and other than 24 hours of some pretty nasty weather off the Fraser Island coast (+5 metre seas) we did in the main have perfect conditions for the entire time we were away.

If you decide to head for the Whitsundays then I can highly recommend Hamilton Island Marina as it is the best marina for long or short stays without doubt. Shute Harbour is by far the cheapest for fuel and however much time you plan to spend in this part of the world, it won’t be long enough. Both Claire and I commented that we could easily spend a few years in this area and not see it all.