A Start is made

After a couple of years of thinking about it a decision about the next boat has been made and she’s going to be a Kotik, the extended Wee Seal design from the board of Iain Oughtred. In deference to Francois Vivier I have to say that his Beniguet is utterly lovely and only lost out after very careful reflection, on the basis that I don’t think she’s quite enough boat for our West coast, the cabin is a bit cramped for comfort and the cockpit correspondingly larger than really required.


I’ve always loved Iain’s designs and Wee Seal was rejected only because she seemed a bit like her name implies, just a wee bit wee. The stretched version has emerged since I last acquired the book of plans and it’s going to be just possible to build her in the space that’s available to me.


Boats always seem very big when you’re building them and terribly small when you’re offshore in a blow. You have to compromise between what one person can handle and achieving reasonable seaworthiness and maximising speed (as ability to get home fast has saved a lot of lives over the centuries).


It’s also important to build something that looks nice and to my eye the sheerline on the Kotik is quite lovely.


Finally it’s nice to have one’s friends involved. Iain has been a pal for years, as has Richard whose comments on displacement, design and internal layout are invaluable, Alec who is doing the kit, and Mr Holmes of Barbreck, who will be planing the wood on a machine that started life on a battleship. For him it will be a change from making Georgian windows. 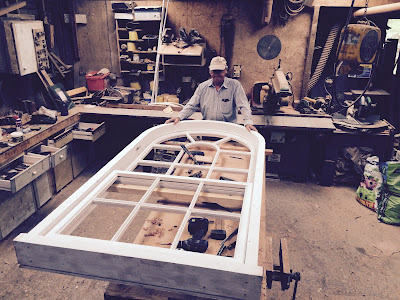 Posted by Ewan at 02:34 No comments: Links to this post