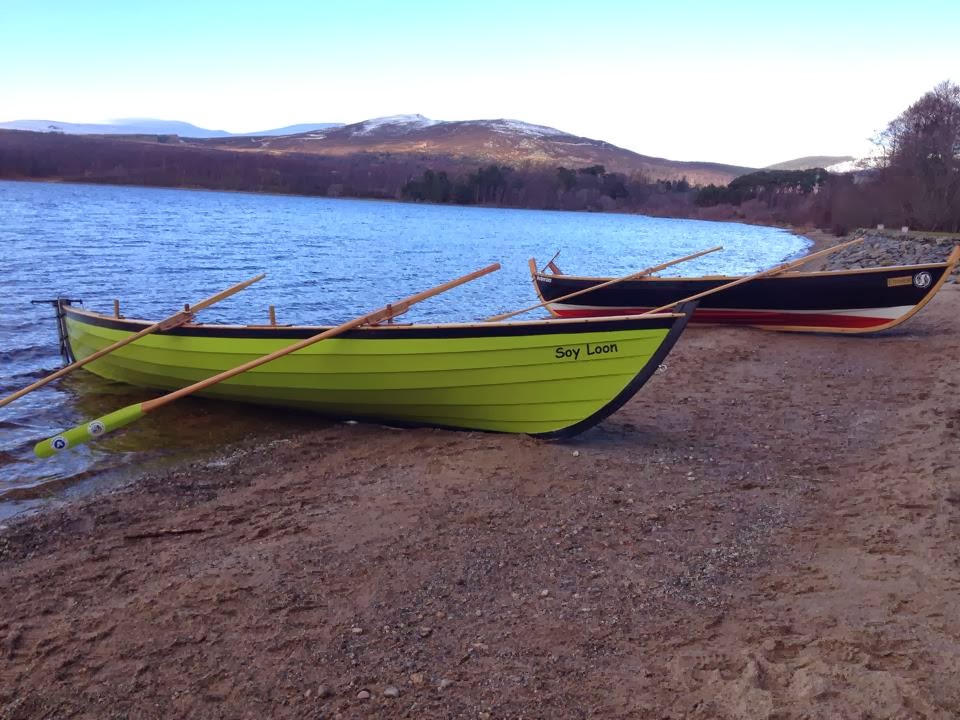 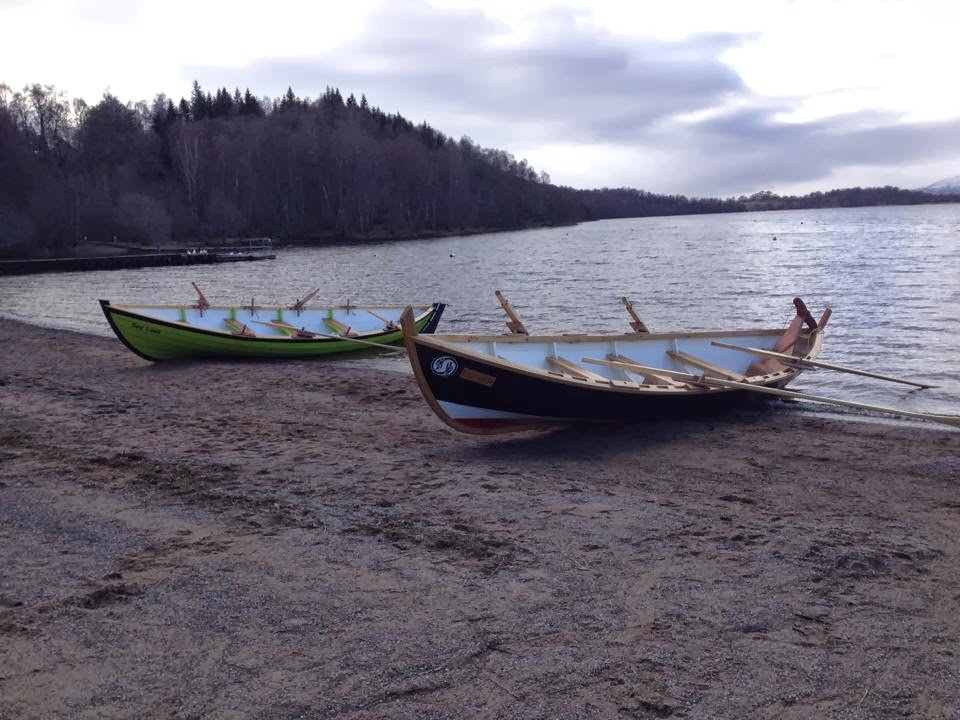 Boating events are great for getting us out when we otherwise wouldn’t go and coastal rowing is great because the skiffs are available to do so when yachts and dinghies are at rest. The first formal event of 2014 at Loch Insh will be hard to beat for the competitive buzz, great company and an excellent location purpose-built for watersports.

On Sunday the forty participants were divided into eight teams plus coxes, resulting in a total of seven races - four heats, two semis and the final.

Novices and more experienced rowers were mixed but our crew were all entering just our second season, Will Glover from the Isle of Islay and myself from the Isle of Seil plus two from slightly newer clubs, Gillian Innes from Eskmuthe and Donna Martin from South Queensferry. Will and I grabbed our usual rowing stations, bow and stroke respectively and left it to the women to deliver the real power in the middle of the boat.

Usually everyone likes to have good quick blast on the water to open up the blood vessels and get rid of any residual hangovers, but this wasn’t possible with heats scheduled ten minutes apart so that you climbed aboard less than five minutes before the start. To make matters worse the temperature was hovering around zero. 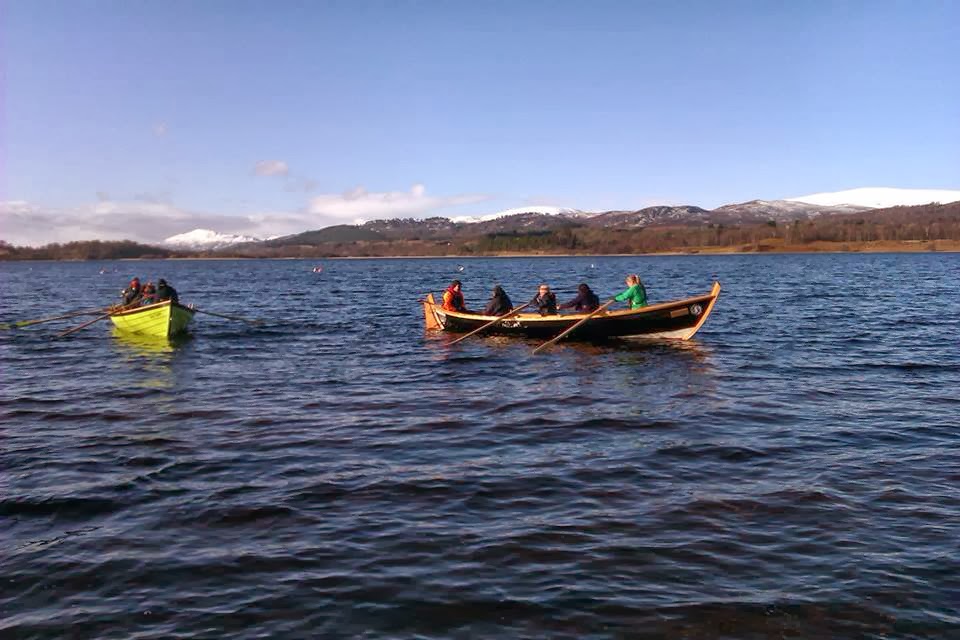 One always has difficult choices about what to wear, knowing that you can’t change once you’re out. In general I think it’s worse to wear too much and risk becoming overheated and dehydrated, but in these conditions it was better to be well covered up. Gloves are another issue – in general I hate them as even slight separation between the fingers makes the grip less comfortable but they were certainly required at the weekend.

Suitably wrapped up and gloved we joined our cox the experienced Adam Graham aboard the Esther and just had time to sort out our footrests before lining up for the start.

When you’re in a race you don’t seem to see much, all your effort goes into delivering and you’re truly just one piston in a four cylinder engine. You’re running on rocket fuel made from an oxygen and adrenaline mix.

The leg out to the turning mark was pretty hard, the gasps of ice cold air really hurting and the legs suffering from it being a month or so since I was last out. I just remember Adam’s constant urging us on, then the turn, which we did quite well considering we’d never rowed before as a team. On the return leg I think the two skiffs were probably about level most of the way and the finish was the closest of our three races.

It was only after we finished that I realised we had won. This meant, of course, that we had to do it all again twenty minutes later, just time for a quick pint of water.

We drew the Soy Loon for the semi-final. He feels lighter, but maybe that was just his colour, after black Esther. I liked my rowing position further from the pin and felt that my oar suited me rather better. Adam was rowing against us, so Phil Robertson coxed us. 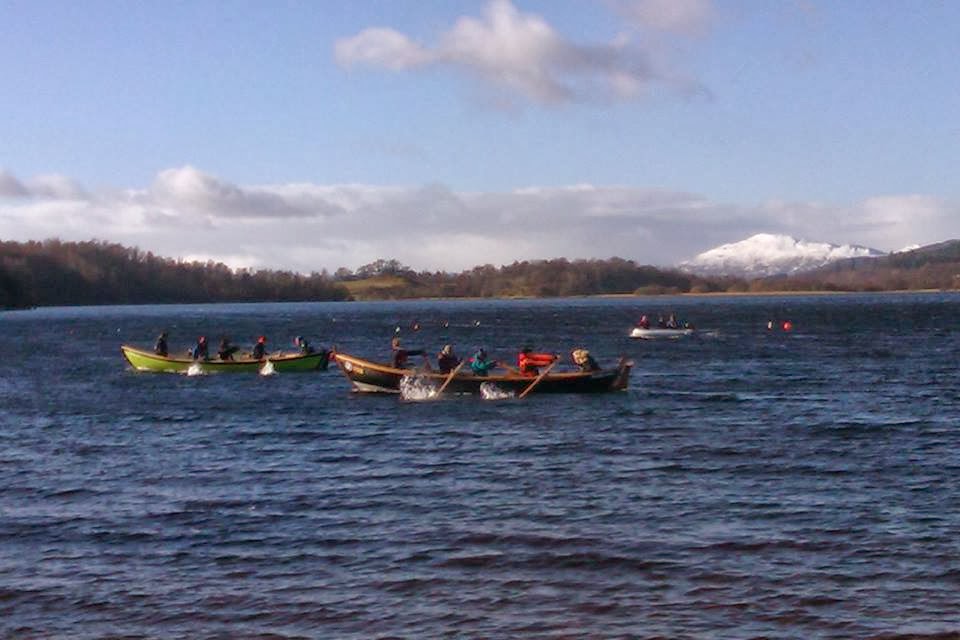 The first race had served as a warm-up and I found the second one much easier despite, I think, my setting a slightly faster pace. As our crew felt confident we did a racing start too.

Again I had no idea during the race about how we were doing but I know the result was pretty close. The closing stages seemed to last much longer than the thirty seconds or so they took in reality.

Thus we found ourselves with less than five minutes before the final race, just time for a slug of water from Will’s bottle.

I’m told the black boat beat us to the turn, but after we were round we settled down to a good fast clip and after half a minute or so I saw her just behind us. The combination of good coordinated rowing, a slight following breeze but most importantly Phil’s incredible coxing kept us ahead, until suddenly he shouted “You’re going to win, take it a little easier and enjoy your success!” and we finished a length or so ahead. 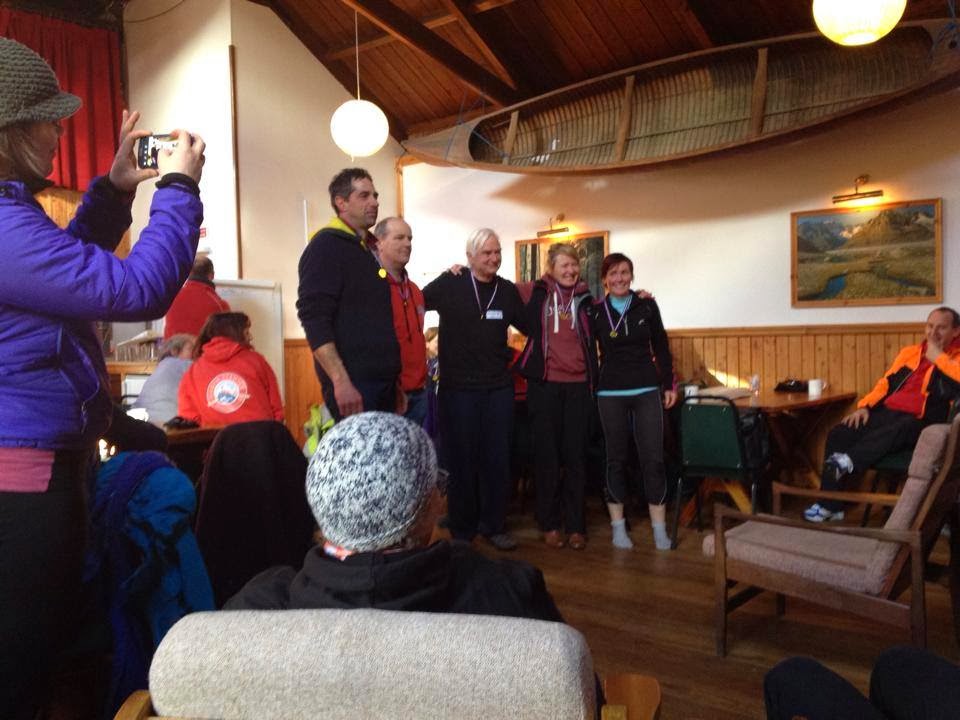 The best thing about coastal rowing is the incredible generosity of the clubs. At Ullapool we had to borrow from North Berwick to complete our over sixties crew and it happens time and again. Rowing with experienced people from older clubs and in other skiffs is the best way to learn and is the way to bring everyone up closer to level. On this occasion the main lesson learned (apart from having drinking water aboard) was the value of good coxing from Adam and Phil, two of the best.

Finally a word about our hosts, the www.lochinsh.com. Offering a combination of good accommodation, plenty of parking, an excellent restaurant with covered viewing, everything was ideal for skiffing. 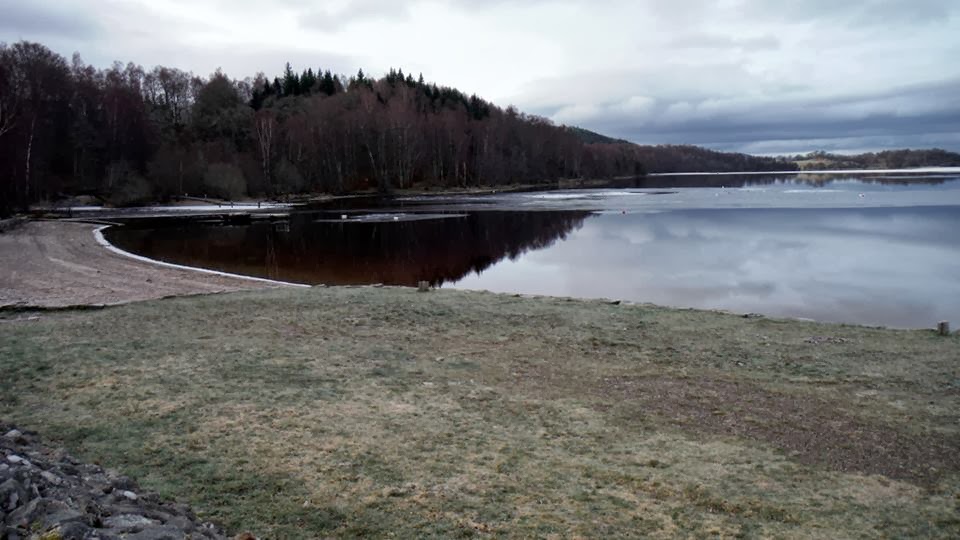 The only problem is the possibility of ice at this time of year, but then if you come in summer it seems you may be treated to aquatic acrobatics, see here: Loch Insh at play