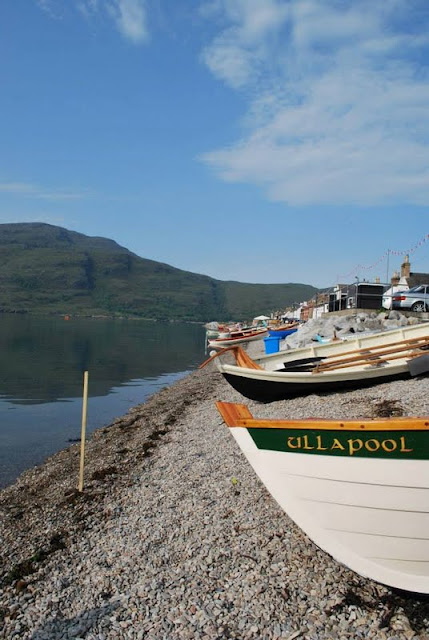 Scottish Coastal Rowing in St Ayles skiffs is probably the fastest growing community activity in Scotland at the present time and for very good reasons. Everyone can be involved in some way, whether or not they want to do any actual rowing, starting with raising some cash, providing building space, constructing the boat or producing the supporting graphics and documentary hype that get people aware.

There’s  a great deal already written about skiffing at www.scottishcoastalrowing.org and on this blog here: The Seil skiff regatta and here: Rules - What are they for? Right now the weather is too hot for adding to it, so I’m just posting some images from Ullapool, thanks to Firth of Clyde Coastal Rowing Club, as sadly my camera was drowned on day one. 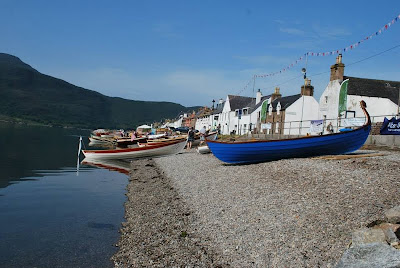 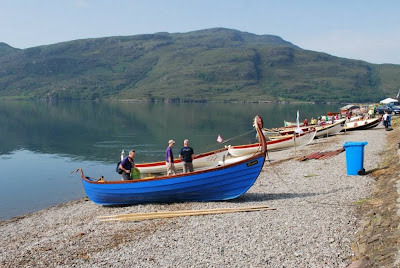 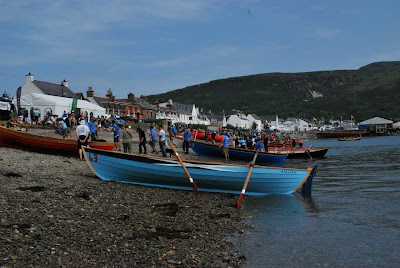 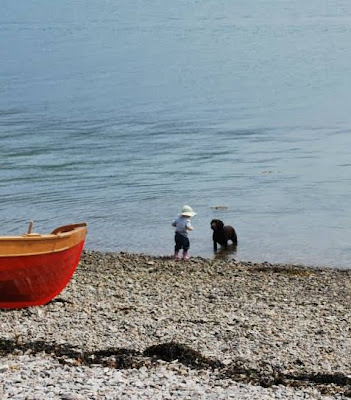 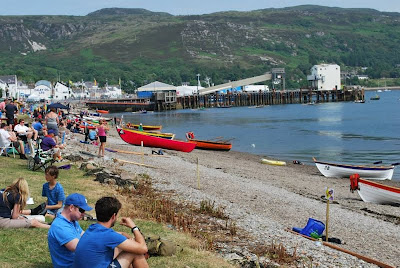 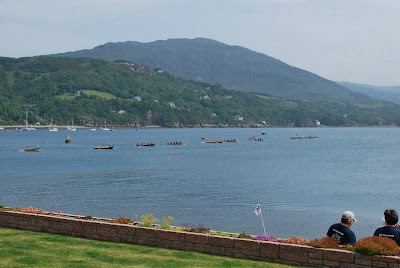 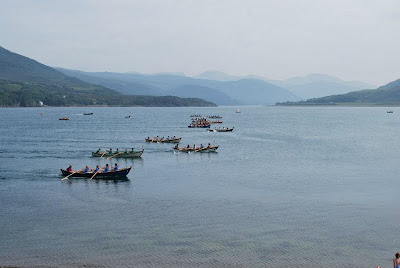 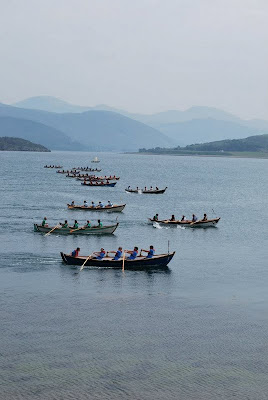 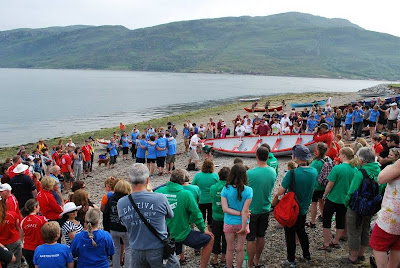 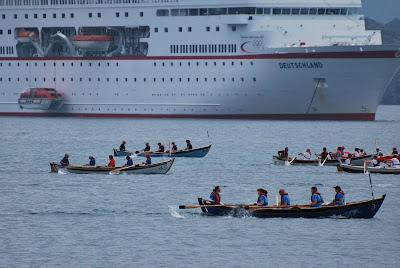 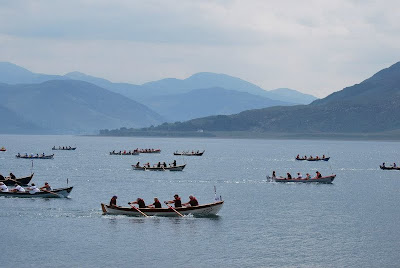 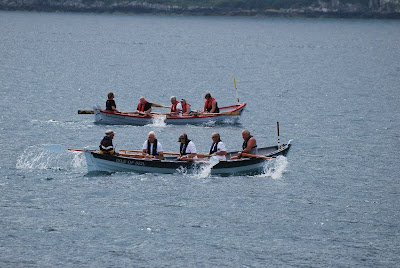 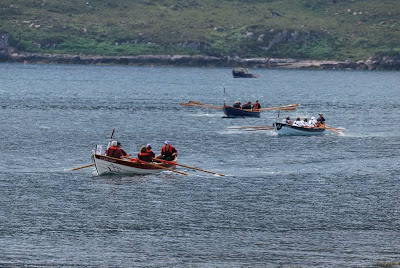 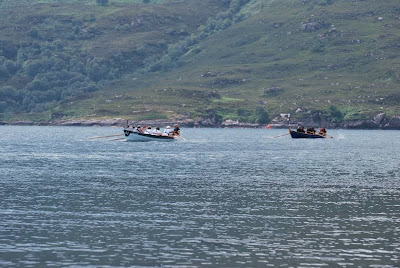 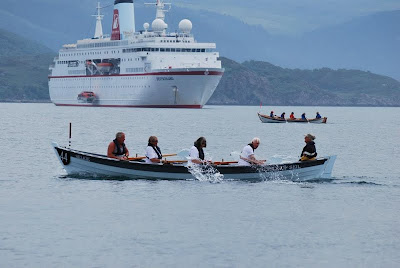 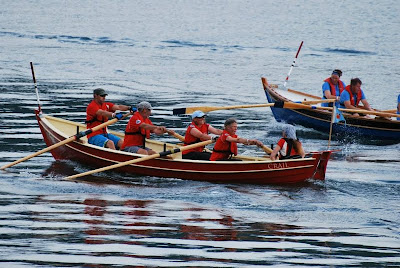 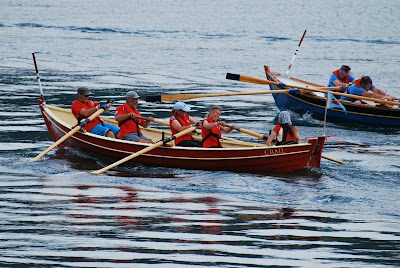 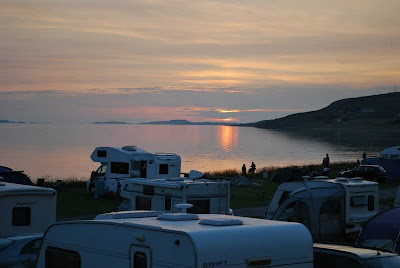 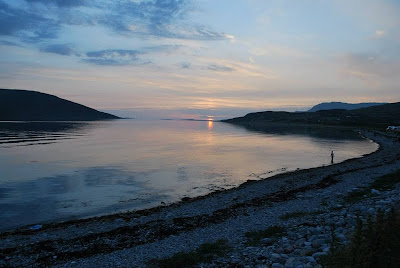 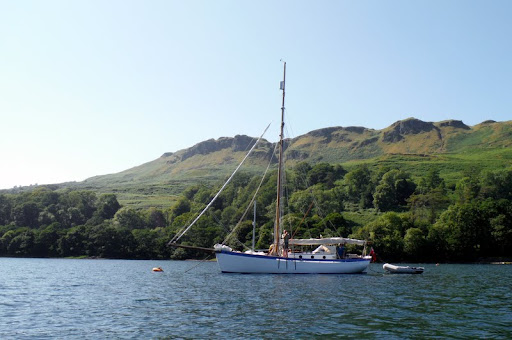 I love these Ed Burnett designs and was excited to see this one in the loch today. then discover her master and commander is an old friend via this blog. More will be posted after some research has been done. 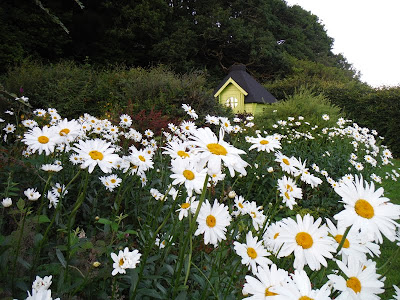 Hidden at a private spot in the middle of wildest Argyll plans were made for the Summer Fleet exercise. The meeting done the plans were memorised and eaten. It was a still morning and the nutshells sat on water like glass. 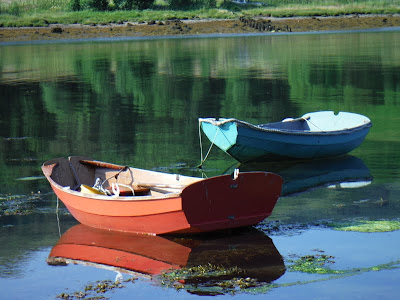 Juni rode to the gentle tide. 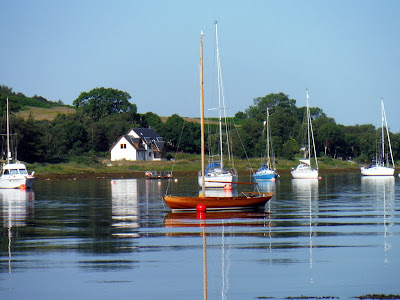 With the promise of land breezes later plans were made for an interim excursion to Right Island and a few hours later the fleet converged on North Bay. 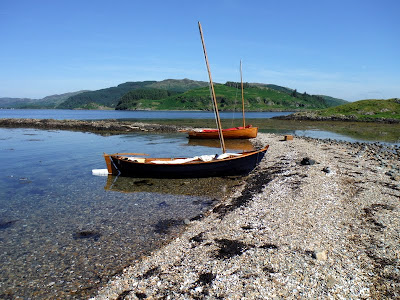 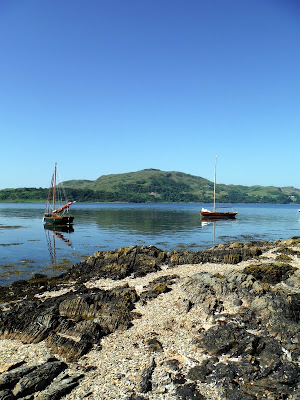 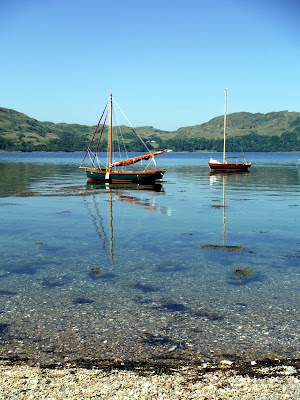 Save Sephira and Help the Whales 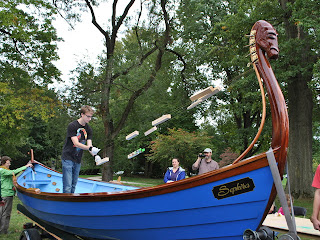 Scottishboating is taking a boatman’s holiday at the skiffieworlds in Ullapool, where the lovely Highland port has been transformed into a world class, world-beating venue for the first ever St Ayles skiff world championships. More about this will be posted in due course, but right now there’s an urgent call for help that won’t wait beyond Saturday.

Among the thirty or so skiffs that are here is Sephira the The Musical Ark, brought here by her inspirational builder and designer Michael Brolly. Sephira needs to be metaphorically bailed out to the tune of $3,000 via Kickstarter, for reasons I'll try to explain briefly.

When I first heard about the Musical Ark I thought it was pretty daft, but after listening to Michael’s talk last night I realised that there’s a very serious side to his madness. We have to do something to raise awareness of the damage that underwater noise can and is doing to our marine mammals, who navigate by sonar. Art can be a political tool and Sephira does this in a lovely ethical way.

It is already proven that noise travels huge distances underwater. It not only disorientates creatures such as porpoises, dolphins and whales; it can actually destroy their hearing. Doing this deliberately is akin to blinding a human being and just as illegal under the Habitats Directive.

Of course we’re told it’s essential for naval ships and submarines to pollute the sea with noise in the interests of the various nations whose politicians’ egos have reached a certain size. What is totally unacceptable is for noise to be used for the express purpose of scaring and damaging marine mammals purely for commercial purposes, such as keeping seals from fish farms, when other non-damaging (but more expensive) remedies are available.

Michael’s project has the capacity to add to our knowledge of how far different sounds travel underwater, as it seems likely that it will be combined with other research currently going on around the west coast of Scotland.

For anyone wanting to follow this subject through I recommend having a look at Dr Booth’s thesis, accessible here:  St Andrews University Repository