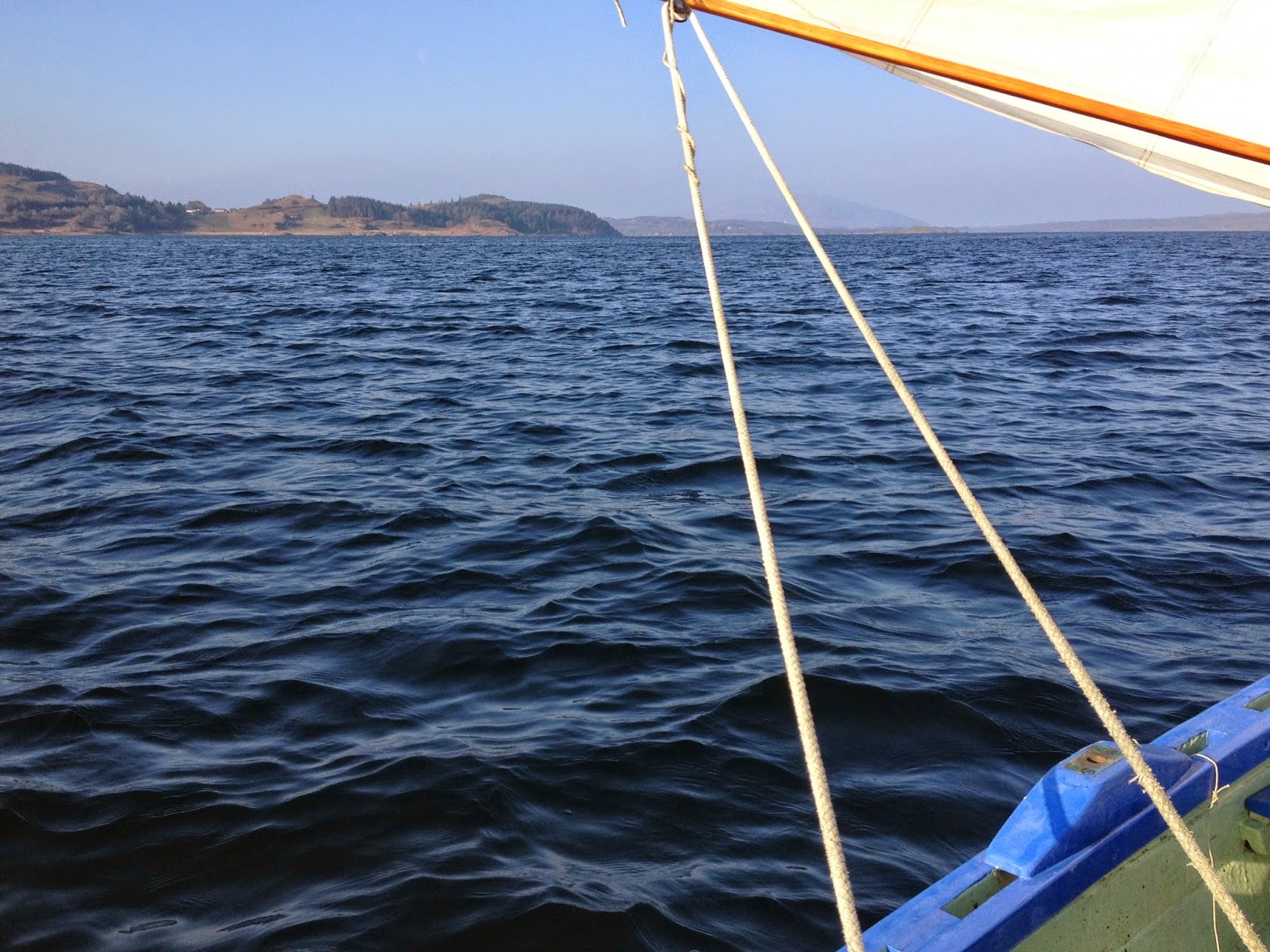 Secret messages passing, of course now overheard by GCHQ and others, suggest that Bilderglug may be about to happen again, perhaps for the twelfth time.

A forecast of a light Easterly proved accurate and it was too good a morning to miss, but on Easter Sunday no buses or ferry and Vice-Admiral Sir B**** A****, Bart (applied for) doesn't have his modified Ninigret afloat yet to supply a run home. Solution - the venerable Nutshell, now nearly twenty eight and the best little tender in the world.

I got the Kelpie underway at 0800 with the Nutshell in tow and we ran down to Toberonochy before a gentle breeze with a falling tide, grounding on the slatey sand at 0945. A good cup of strong coffee, some chocolate and chat, then off under oar at 1045.

There followed a pull of 45 minutes against the tide in Shuna Sound to the North of Shuna island, about one and a quarter miles, then a half hour hike across to Right Island for a break of fifteen minutes for bananas and a drink of water. 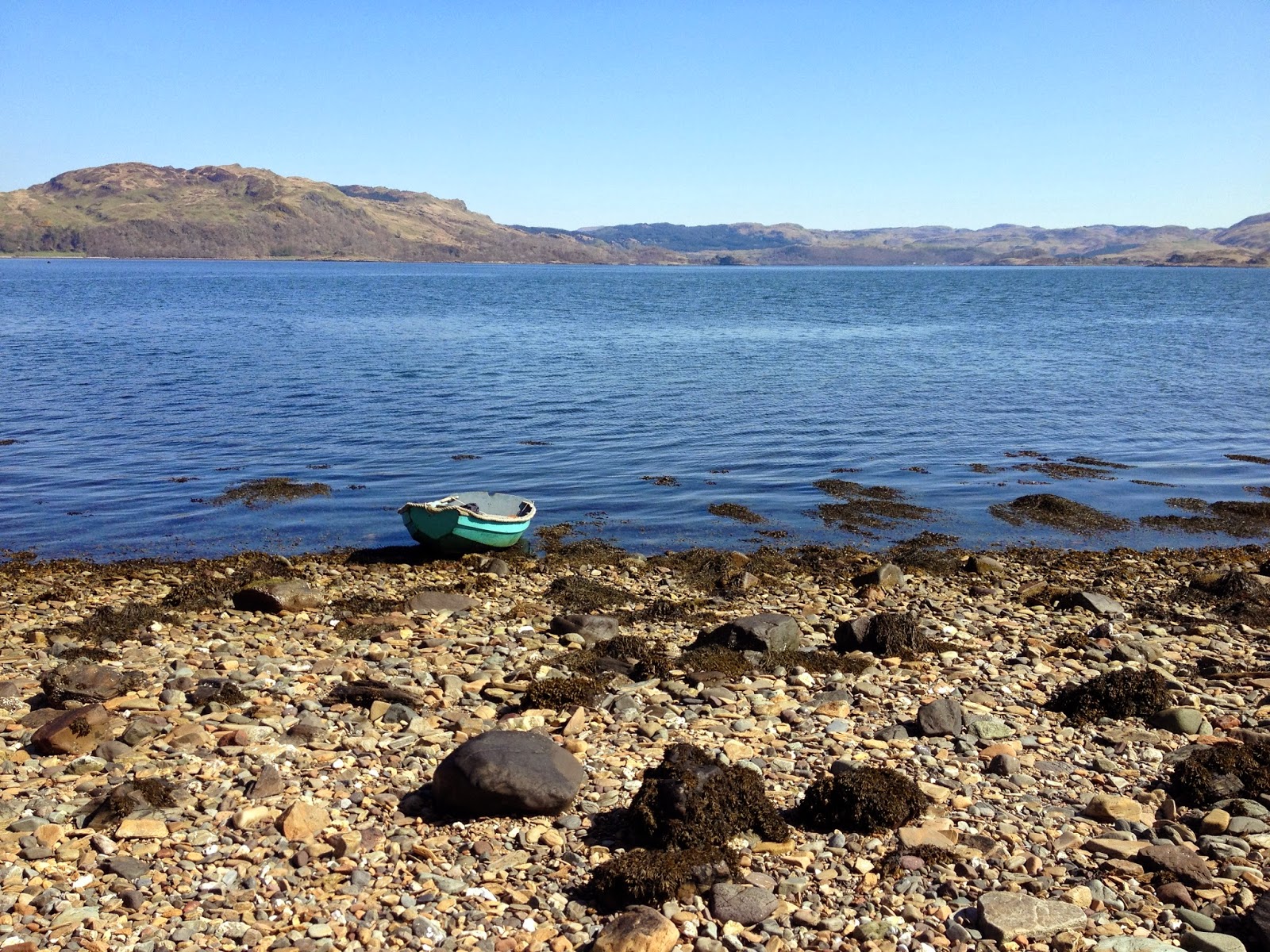 There was then a long stretch of four and a half miles home, with a little land breeze, which sadly faded and became a fresh little Easterly just when port was in sight.

Altogether a good day was had, about seven miles rowed in two and a quarter hours in a boat under eight feet long.
Posted by Ewan at 09:44 No comments: