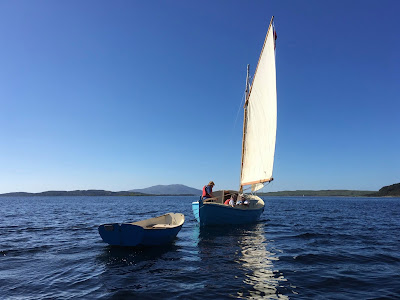 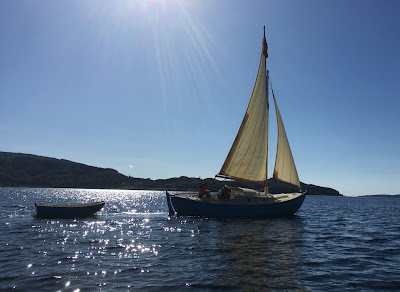 I'm pleased with my first season with Mariota, although we've only been out a few times due to it's having been a fairly dreadful summer here. Above is one of the better memories.

An early excursion with Richard demonstrated that with a decent wind this little boat can really shift, but also that early reefing is going to be essential, as she has plenty of sail area to move her along.

I've also realised that at my age I shouldn't be out single handed in a blow of wind, but I've also discovered that having an extremely pretty boat ensures that there's no shortage willing crew members. 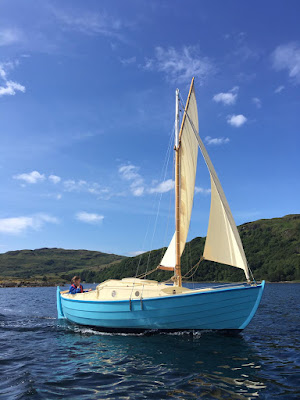 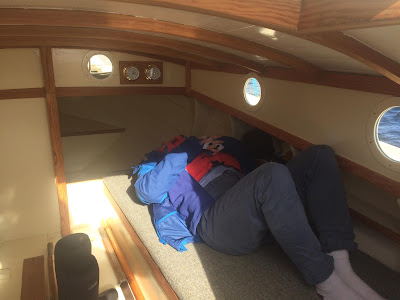 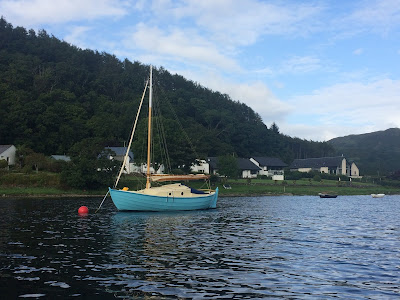 The first four images are courtesy Richard Pierce
Posted by Ewan at 08:20 No comments: