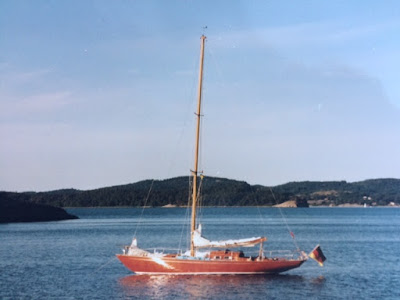 Above is an image of the beautiful sloop Delight, designed by Olle Enderlein for a member of the Danish Royal family and launched in 1955. When I was over in Travemuende in 1999 visiting my sailing friends at the Freundeskreis Klassiche Yachten I spent a nice afternoon sailing on her. The Baltic is an utterly great place to sail and our German friends respect and look after their classic yachts much better than we do. I attribute the partly to the fact that they lost so many after the War, the bigger ones officially when the British Army took them as "Windfall Yachts" and the smaller ones when they were simply pinched by some of the officers who wanted boats.

Shortly after my return I got a message from my host asking if I knew of anyone in the UK who might be interested in Delight's sister ship the Sara Moraea, which had spent her life in Stockholm. I immediately thought of my friend the lovely Jimmy Houston, who sadly passed away last month. Jimmy had owned a number of very nice yachts including Enderlein's Dione and it occurred to me as an outside chance that he might be interested. The following message resulted from that: 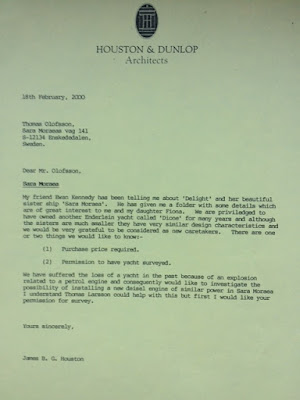 And the next thing I heard was that Jimmy had booked flights for himself and Hilary for what he told her was to be a cultural weekend away. The owner of the Sara Moraea was connected with one of Stockholm's orchestras, so this wasn't entirely misleading.

Sara Moraea then made the journey by road to Scotland and a couple of years later I crewed Jimmy in the 2003 Fife Regatta. As you'll see Summer on the Clyde was a wee bit rougher and colder than the Baltic. 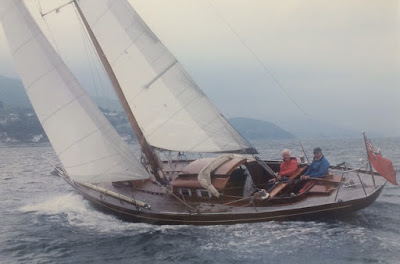 We had a cheery time following the fleet around and found that we could keep up quite easily with most of the bigger boats.

What impressed me was the ease with which the Sara Moraea could be worked, everything beautifully balanced, a nice light helm (not that I got it that much), sails of smallish size as these Scandinavian boats and have light tall rigs over slender, easily driven hulls. In fact they're the opposite of the equally narrow but heavily ballasted and canvassed boats that were typified by the rest of the fleet.

Jimmy was at that time regularly sailing her single handed, with a light steering device that enabled him to make his tea on his trips across to Arran. I was sorry to learn a few years ago that he had reluctantly sold her, having turned down numerous offers over the years. I believe that she's now in good hands down South.

For those interested in the design I'm copying a couple of pages from the article that appeared in Yachting World in April 1955. 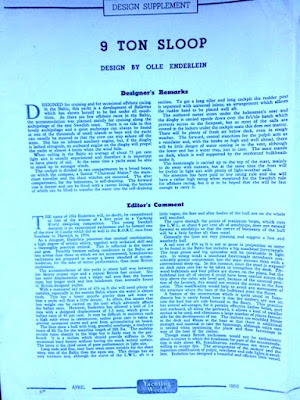 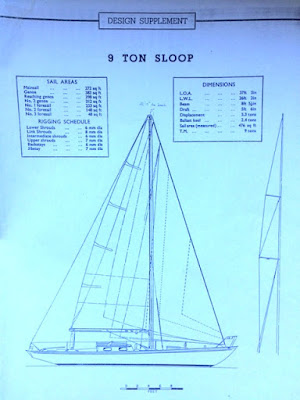 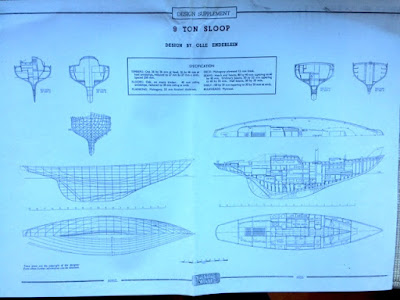