Some Thoughts on Model Boats

The models made by Gisela and Helmut Scharbaum are virtually perfect reproductions of the originals, evidence of a search for authenticity which eventually led them to build the 1:1 model of Tringa featured in my last post.

But their models are more than this. Apart from representing the prototype in all respects these incredible creations are also meant to sail. It seems to me that this inevitably leads the Scharbaums into areas of technical difficulty which lesser mortals would do well to avoid.

Firstly there are problems of scale. At anything smaller than full size the exact scale model will inevitably lack sufficient displacement to carry her full canvas. In other words what is a nice Force Three breeze to the full sized ship becomes a terrifying Force Six or Seven for her quarter or sixth scale model sister. It seems a pity to have to limit one's sailing of the model to days of gentle winds (are there any anymore?) or to have to devise a way of reefing down.

Secondly there are problems associated with keeping water out of the lovely open cockpits of these models and keeping the radio control equipment, batteries and servos dry.

For these reasons most conventional model-builders go down one of two distinct routes, building either full or half models for display or working models for sailing. However one also shouldn't lose sight of the original purpose for which ship models were built, to assist with the design process.

The earliest builders of full-sized vessels would start by carving a model out of solid. Once a shape acceptable to builder and client had been produced it would be sawn apart crosswise to produce sections, which would then be scaled up to produce the shape of the building moulds. Even in the computer age models still feature large in the design process, as the dynamics and variables involved when a hull passes through water at various angles of heel are far too complex for predictive modelling. Tank testing was first developed by the English mathematical genius William Froude, who persuaded the Admiralty to build the first one in 1871. Dennys of Dumbarton were impressed and built the first commercial tank in the world on the Clyde in 1883. Today tank testing is in use world-wide and the makers of the finest models in the United Kingdom are probably R F H Pierce & Associates of the Lake District. There is a fascinating insight into their thought processes and working methods here:-
www.jewelofmuscat.tv

Richard Pierce and his son James have occasionally built full-size yachts and sailing dinghies to order. After Richard completed the replica Scottish Islander Shona his client requested a display model for his house and James produced a first, "practice" one and a second, final version. Here is a photograph of the first one, which I took on a visit to Windermere before she was rigged. 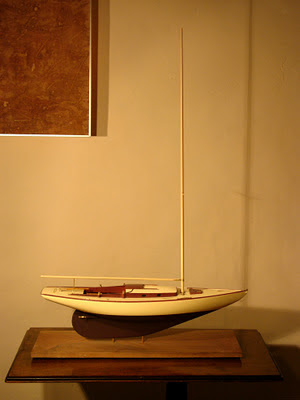 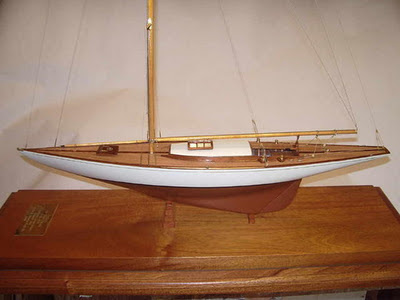 Alongside these renowned experts I hesitate to portray my own efforts, which have been graced with enthusiasm rather than skill. I recently completed a six metre for radio control and it's been interesting to find that she actually floats. She's a John Lewis "Tern" design if anyone is interested.

The Wee Giff only took about thirteen years to build, off and on, and was completed with fittings from the English guru Graham Bantock, whose website can be found here:- http://www.sailsetc.com/ 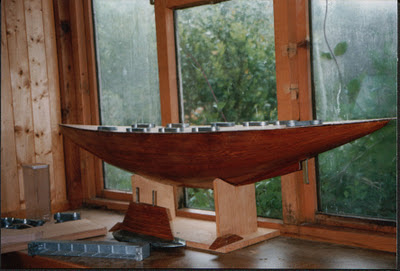 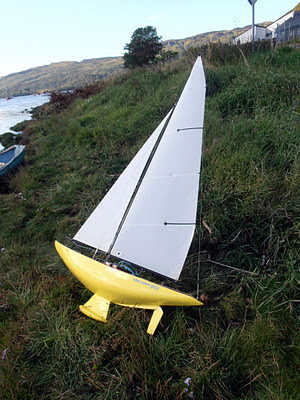 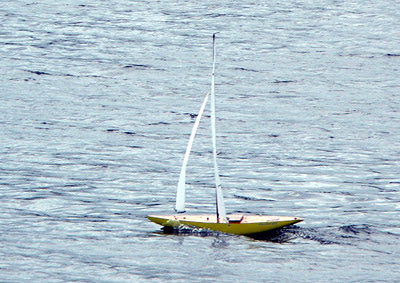 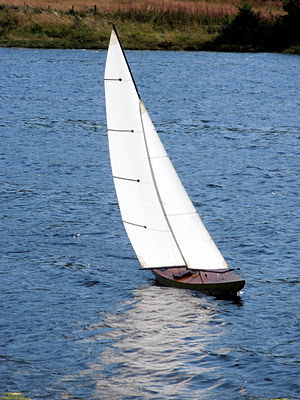 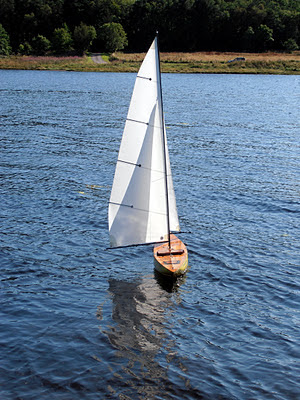 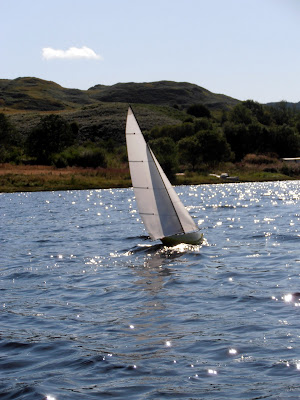 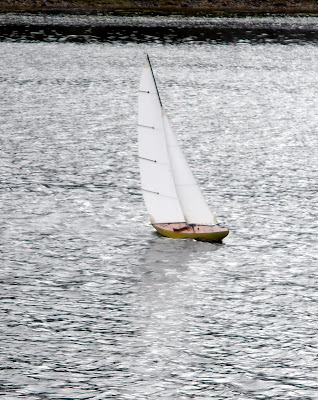 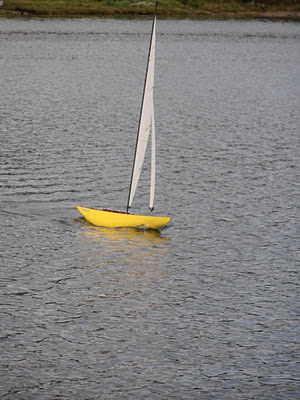 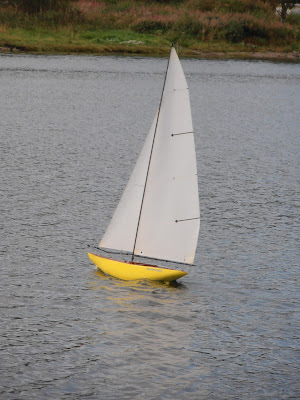