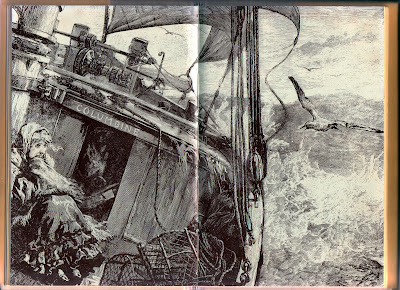 As I write this several hundred thousand mature salmon are making their reluctant way across the North Sea aboard about a dozen enormous circular cages, almost unnoticed in the mainland press. When last spotted two days ago they were fortyfive miles South-east of Whalsay Isle in the Shetlands. The Viktoria Viking got a line aboard, but gave up after an hour as she was making no headway, and since has been out looking for them without success, as has a plane from the Fisheries Protection. For reasons that will no doubt become clear in time the powerful tug stationed in the Shetlands to deal with emergencies, but under threat from the Westminster Government, who have withdrawn support, has not been called upon.

With a Force Nine wind promised it's anyone's guess where the fish, who officially number 300,000 will end up. To get this into perspective total annual catch of wild salmon and seatrout by all means including netting is between 80,000 and 85,000. If only a fraction of the escapees make it to the valuable East coast salmon rivers the consequences could be disastrous.

I am utterly shocked that what could be a massive environmental disaster is happening virtually unnoticed in the press, outwith the Shetland Isles themselves, True, the story has made it onto the BBC website, but only as local Orkney and Shetland news.

The story can also be followed on  www.shetland-news.co.uk and there are interesting exchanges on the local website www.shetlink.com

Here is a flavour:-

Presumed all dead is what I heard on the news. Also apparently two of the cages have sank.


It remains to be seen whether or not the salmon have the same luck that Betty Mouat (mentioned above) had in 1886, when she survived a similar unorthodox trip.

This astonishingly robust lady had already endured sufficient misery and hardship, not to speak of some accidents that would have felled lesser folk, when she set off on her solitary voyage on 30 January of that year. Six months after she was born at Levenwick in 1825 her father, by trade a shoemaker, decided to give up his usual summer job on a herring boat and sign onto a whaling ship, which vanished without trace.

A few years later Betty's mother married a local crofter and after they both died she helped his brother to run the small farm, facing the icy winds in all weather and knitting stockings during the dark winter months for sale in Lerwick. At the age of eighteen she was trying to recover an escaped sheep, when she got accidentally shot by a man out hunting with a shotgun. The local doctor managed to remove one pellet, but decided the others too dangerous and were left in her head. Many years later she was run over by her cart when the pony bolted. When she was fifty six Betty suffered a stroke, which left her partly disabled. A few years later she decided to travel to Lerwick to seek better medical help than was available on the small island where she lived.

Betty duly set off as the sole passenger on the Columbine for the short sea trip, taking a quart of milk and two biscuits for sustenance. The weather was atrocious and when the fifty foot smack was still in view of those on shore she was seen to come head to wind, fall off, then luff up again, all the while drawing further away from land. After an hour or so the smack's boat emerged through the spray and came ashore, with two of the exhausted crew. They reported that the mainsheet had parted shortly after they set out and the skipper had fallen overboard. They had set off in the boat to rescue him, but he had drowned and getting back onboard had proved impossible. Betty was on her own.

The following Saturday, 7 February, Betty and the Columbine fetched up on the island of Lepsoe, twelve miles North of Aalesund, a fishing town in Norway. Knut Veblungsnes, a young fisherman, spotted Betty and called for help. He waded out to the smack and managed to fasten a rope to the Columbine, by which the locals pulled the smack closer to shore. He then tied another rope around Betty's waist and she made her way, hand over hand, to shore. Astonishingly she survived her experience to live another thirty two years. 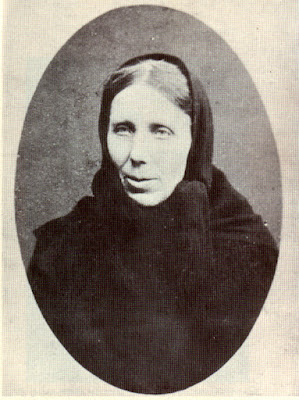