At great personal risk I'm breaking the vows of omertà to describe the recent manoeuvres of the Bilderglug Fleet, a risk greater even than open sea sailing in a fifteen foot open wherry.

There was a lovely first evening at the campsite at Carsaig, where the fleet gathered and those without the luxury of a cabin set up camp, a little squishy underfoot due to frequent heavy downpours which provided plenty of fresh water for the voyage.

At first options seemed limited, with a low pressure system unwilling to move on, but the challenge of working South against strong winds and a foul tide proved irresistible.

The trip was quite exciting, taking about six hours of windward work with waves just random lumps of water. It was tricky to get enough speed to put the wherry through the wind and a couple of times we were just stopped dead by a wave and I had to give her a push round with an oar. A problem is always how to look after two sails, the tiller and the bailing bucket with only two hands, but basically it's all good fun and perfectly safe.

Years ago, in a much larger boat, I had been put off trying to land on Eilean Mor MacCormick by the angry tidal rips that surrounded it, but arriving at slack water was pretty easy and the little lagoon is a good haven, thanks to the efforts of the MacCormick Trust, who apparently blew up a nasty rock that used to lurk there.

For obvious reasons I don't have images of the voyage down, but here are some of the fleet at rest. 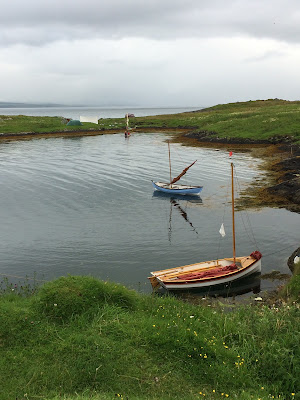 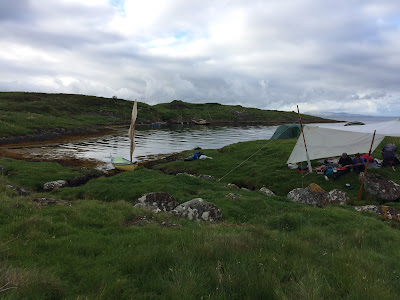 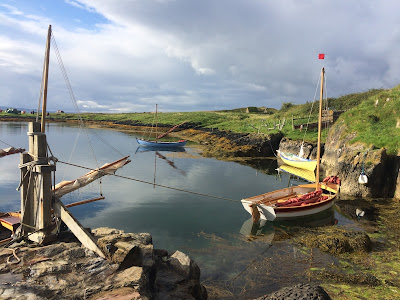 Our mother ship is a floating gem designed by Iain Oughtred. 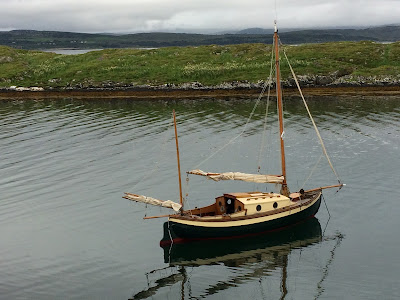 My tent is getting old but still keeps out the midges, fierce little fellows who one assumes would have enjoyed providing the monks who used to live here in caves and rock holes with endless torment.

This place is seriously spiritual and our party felt far more affected here than we had earlier on Iona. 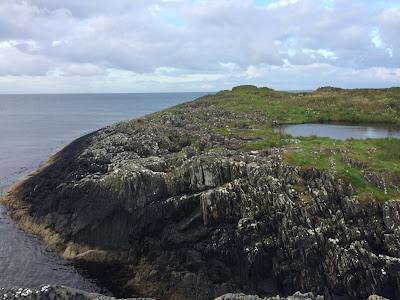 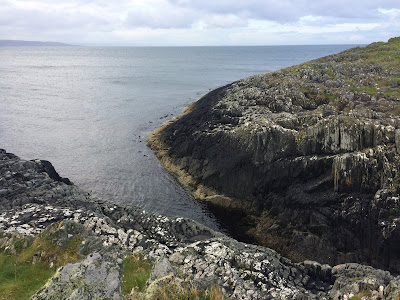 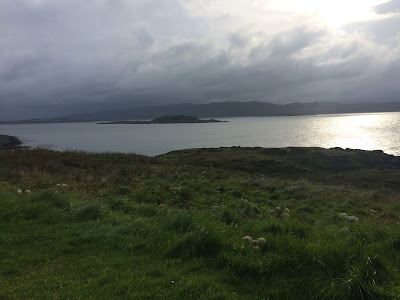 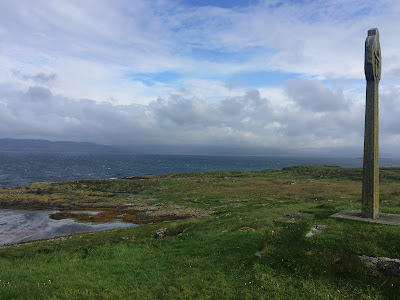 After several years some experience and our combined resources have proved that you can be very comfortable and well fed even in the most remote of places.

We were storm-bound for a day, then the smaller boats made a break for it up Loch Sween, while the mother ship braved the trip North in open sea.

We stopped for lunch at Taynish Mill, where there are some interesting pieces of art among the trees. 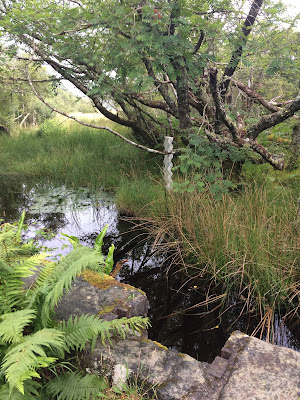 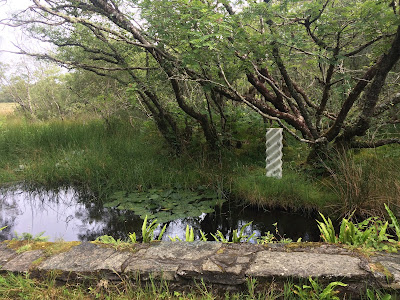 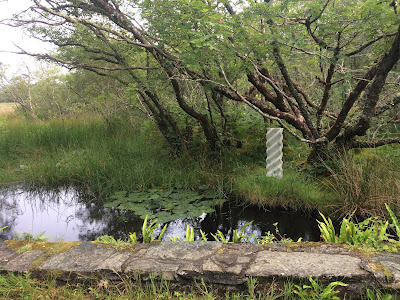 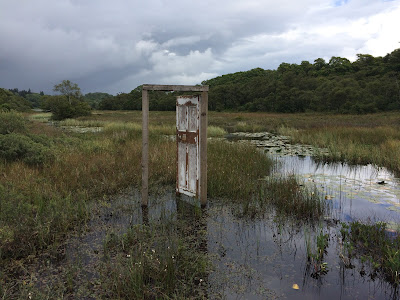 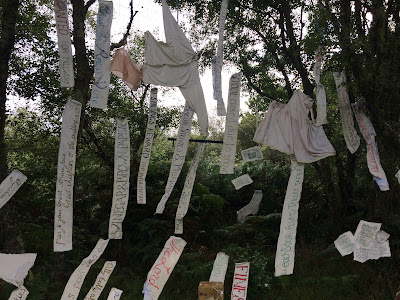 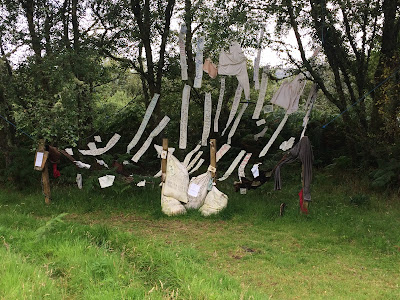 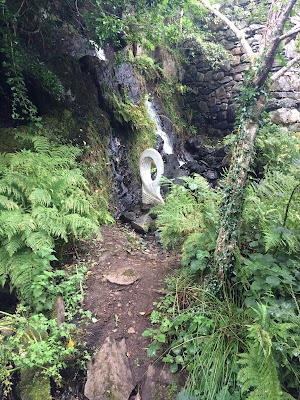 We had a nice trip up the loch and were almost becalmed on the approach to Tayvallich, then just when we thought we were home we were met by what felt like a half gale straight out of the West, as the warm land accelerated an already stoury breeze. Thankfully there's a really nice cafe on the shore where they do great coffee and cakes.
Posted by Ewan at 09:25