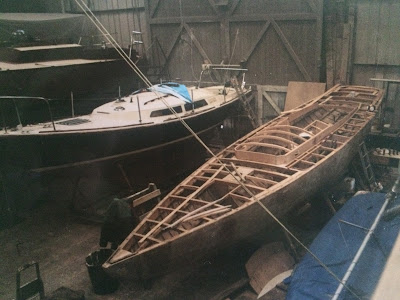 With Stroma near home in Argyll I could speed up progress by working at weekends rather than weekdays when the normal job allowed.

The first task was building the cabin sides, from marine plywood that was later given a good outer surface of mahogany from a beautiful big plank that I had come across.

Decisions had to be taken about how closely to follow the design. Alfred Mylne had drawn curved corners at the front end of the cabin, but McGruers had built them sharp, starting a debate on which was authentic, with Mylne winning.

The cabin roof proved challenging with the curvature flattening forward. 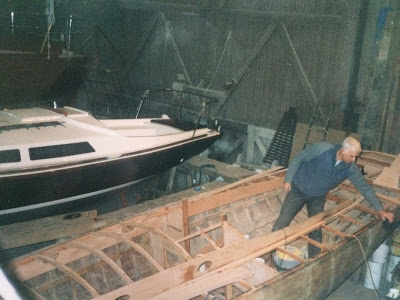 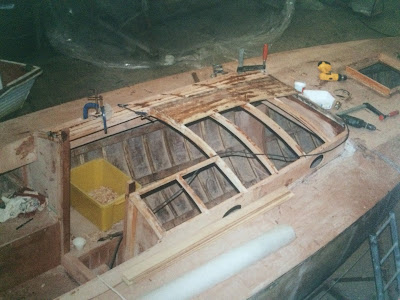 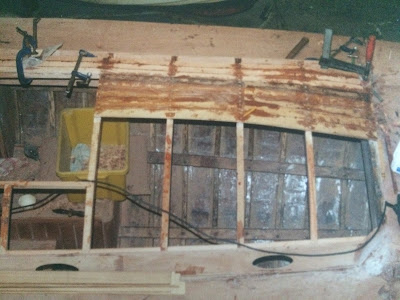 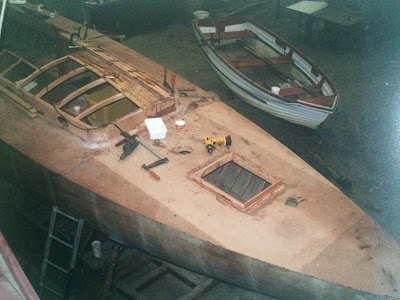 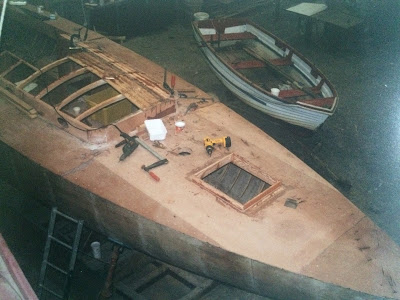 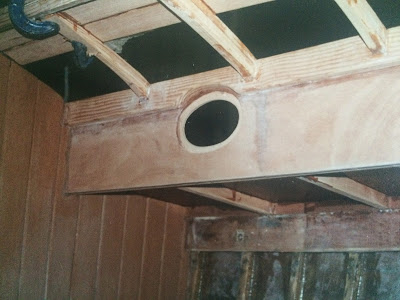 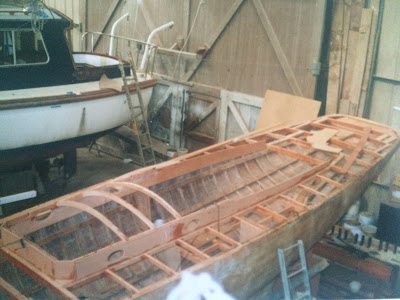 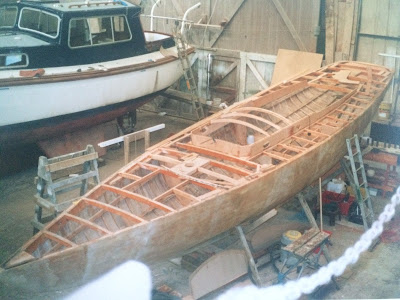 I spent a lot of time wondering how to replace the original rudder stock trunk, which seemed to have started out in life as a piece of iron drainpipe. It had rusted almost through and could have sunk the ship in seconds had it collapsed underway. I couldn't find a satisfactory replacement and was worried about the tendency of plastics to behave in strange ways afar prolonged exposure to water. Eventually I decided to make a tube from thin staves of Western Red Cedar, barrel-fashion, coated with woven roving and then protected from any glancing blows by a stout ash timber glued on the forward side. 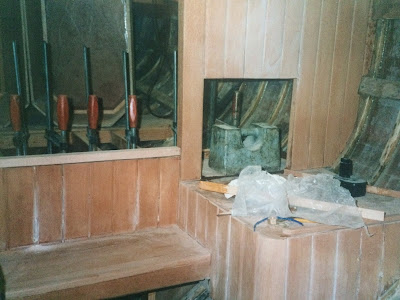 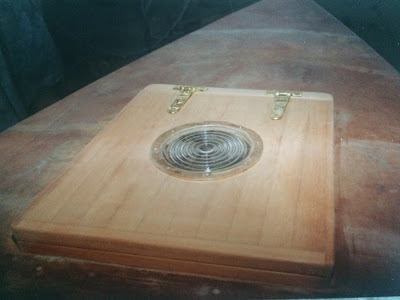 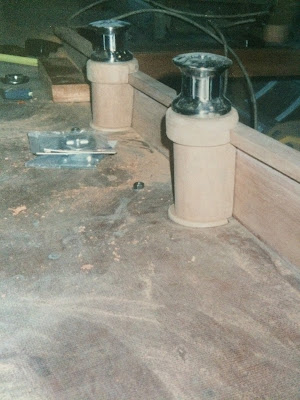 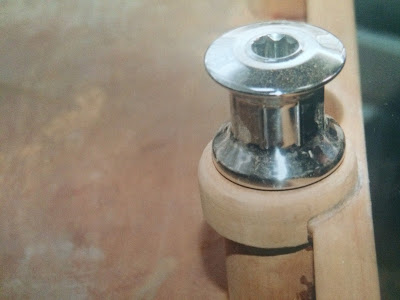