A haunted Mill, Watery Graves and the Toberonochy Lemon Shop 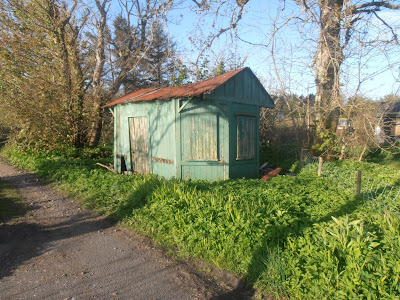 As the MacCrimmons were to piping so the MacFadyens are to handling the wee ferries that keep the place running. Single tickets are on offer, for those who expect to fall in love with the island, or maybe have a boat to recover, but most will buy a return for their eventual reluctant departure. 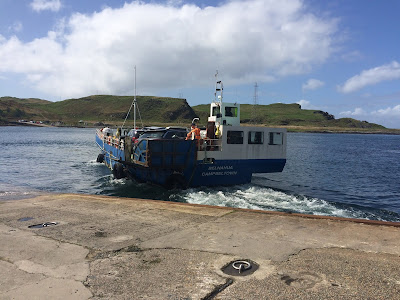 Since the start of this century an event has taken place in conditions of secrecy only rivalled by the Bilderberg Conference, but less damaging by far to global peace and prosperity, consuming no oil whatever and attended by a much nicer bunch of people, on this small island off the West coast of Scotland. 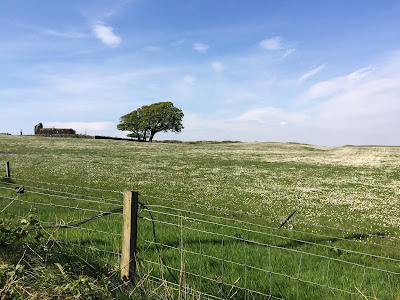 It takes place in the open air, but participants are untroubled by the vagaries of the weather, viewing extremes of rain, strong wind and temperature as stimuli to, rather than distractions from, their water-borne adventures. In all conditions they congregate. Strong winds and adverse tides present challenges to ever-longer turns to windward; in fact one year the weather obliged with a 180 degree wind shift while the crews were resting for lunch after tacking half a dozen nautical miles South towards the deadly Dorus Mor, coinciding with high water which gave a return journey of equal unpleasantness against a cold wet Northerly and a strong ebb tide. Despite, or maybe because of, such things participants, who like those at Bilderberg are all personal invitees, return year after year. Only the Great Johnson Plague has put a temporary stop to it.
Once over the ferry you’ll travel down slowly through a very Hebridean landscape, unusual for an inner island. Be careful when you reach the water mill; it’s inhabited by water elves, sithichean-uisge, who will inflict terrible punishment if you fail to leave a hair from your head as a tribute. Great hares, the size of dogs, will lollop past you.
Since we started only one of our number has left the scene, the lovely, gentle Hugh Gray, who sailed a little black cutter named after his Tanta Hedwig. His son created a Viking ship for his ashes and we watched as he set off on his fiery last voyage from Cullipool. 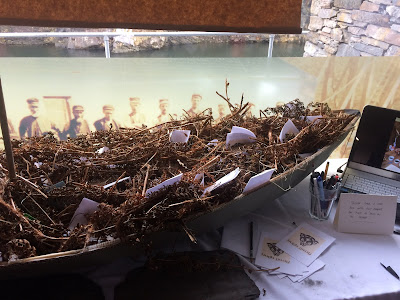 To end in the waters you love seems rather a nice destination. In 2004 the Brother came to perform at the special wee ceilidh we hold in the Toberonochy Hall and was captured by some American Campbells who had brought their aunt back to her place of birth. As he played a suitable lament the urn was opened, about half of the aunt entered the Sound of Luing and the residue engulfed the crowd. 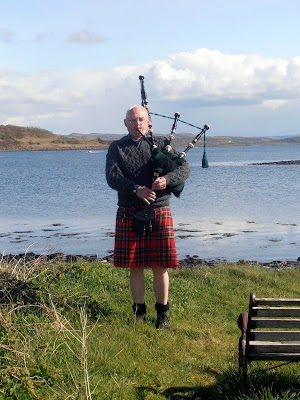 On the Sunday morning there was little wind and the fleet was becalmed under a dreich grey sky, the drizzly rain trickling down their necks.
Through the Sound came a commodious plastic-hulled vessel, which dropped anchor in Kilchattan Bay and sent a lady crew member ashore on a mission, to acquire some lemons for the gin and tonic. Asking a local resident where such a purchase could be made she got the reply "I regret, Madam, that there are no lemon shops in Toberonochy, in fact there are no shops here at all."
At that moment out on the water the Brother, still in sombre mood, filled the bagpipe with blaw and started on a tragic lament, in keeping with the grim morning. On hearing this the lady said, obviously stunned at thinking she had gate-crashed an aquatic wake, "I'm terribly sorry to intrude on your small community in this time of grief," and made her way back embarrassed to her yacht.